The potential adoption of the cottage food industry ordinance will be on the table Sept. 17 at the Lompoc City Council meeting….

The potential adoption of the cottage food industry ordinance will be on the table Sept. 17 at the Lompoc City Council meeting.

“People have been doing this for a long time and it is going to make it legal for them to do it,” Fink said. “It’s basically catching us up with the state. It was something that needed to be done.”

Cottage food is defined as low-risk, non-perishable food that can be prepared without the use of a commercial kitchen. Examples of such food include bread, cookies, candy, dried fruit and herb blends. The Santa Barbara County Public Health Department lists 143 cottage industry operators county-wide as of Sept. 3, with 32 in Lompoc. 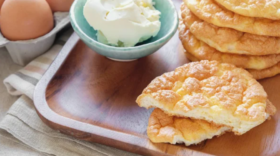 Trending
What is cloud bread?

Governor Jerry Brown signed the operation of cottage food industries into law in September 2012 and the law was enacted Jan. 1. Jenelle Osborne, vice chair of the Economic Development Committee, said the City Council now has the chance to catch up to that state law. The legalization of cottage food operators will finally allow Lompoc residents to profit from producing goods, she said.

“It is important that we, as a community and city, get approved so our local community can take advantage of these opportunities to improve ourselves,” Osborne said. “Rather than waiting for a job to show up in town, people can produce these things at home.”

Osborne said that while part of economic development is bringing businesses into the city, one important facet is to inspire locals to be proactive about starting their own businesses.

“If we can open up an avenue to an individual, (the economy) could be even better,” she said.

The push to legitimize the cottage food industry in town began with Lompoc resident Kate Rounds, who said she and her husband wanted to sell a spice blend they had made together for 20 years. They sent the mix all around the country to their friends and family, and word soon spread.

“We were getting calls from people who tasted it,” Rounds said. “People said we should market it.”

But she said they could not afford to rent a space for a commercial kitchen and start up a new business. Once they realized the cottage food law had been enacted this year, they approached the city government.

“People had heard of it, but didn’t know what it meant or what it would entail,” Rounds said. “They kept saying they were looking at it. Eventually, we kept persevering, and we finally got to go before the Planning Commission. By that time, they received the law and didn’t see any problem with it.”

The Planning Commission allowed Rounds to sell the spice mix from her home, but she has already sold it to a few local businesses, such as Liquor Emporium. Some San Luis Obispo County markets have also expressed interest in carrying the mix in their stores, she said.

“We are very excited,” Rounds said. “We wanted to make it legal, and we wanted to do it the right way.”

Other items on the council’s agenda include: