The Internet-based company is expanding to 20,000 square feet of space in Air Industrial Park in November….

PLATTSBURGH — A sweet North Country business is expanding yet again.

Global Sugar Art Owner Alan Tetreault said he will be moving from the present location on Route 3 to 20,000 square feet of space on Military Turnpike in November. Both locations are in The Development Corporation’s Air Industrial Park.

“They are renovating the interior and exterior for us right now,” he said.

The company has more than 9,000 cake, cooking and candy-making products and supplies available and sends orders to 140 countries around the world. The company is shipping 300 to 600 orders a day.

“We have everything. If they make it, we have it,” Tetreault said.

The new location will allow for a re-organization of the pick-n-pack operation. It will involve the use of scanners and have the most popular products positioned for easiest access.

Tetreault said he and two other cake designers record on-line tutorials. The step-by-step process of cake decoration is sent to their customer base every week.

Between those two mediums, Global  Sugar Art is attracting 1,000 visitors a day.

“We teach customers how to decorate free of charge on the Internet,” Tetreault said.

The company is also on Facebook. Its following there is even larger, Tetreault said.

Global Sugar Art carries six different types of rolled-fondant icing. The frosting is rolled out to the desired size and then placed on the cake all at once to create a smooth finish.

It used to take years to learn the skills needed at the highest levels of cake decorating. With rolled fondant icing, a person can learn to produce a nice finished product after only a few tries, he said.

Efforts are underway to develop products to be sold under the Global Sugar Art name, including fondant, sugar flowers, packing materials, food colorings and more, he said.

“They will all be created just for us,” Tetreault said.

They can be shipped by UPS, the United States Postal Service or an international freight forwarder. UPS parks a trailer right on site which leaves for Albany around 4 p.m. daily.

“We’re one of their largest customers in Plattsburgh now,” he said.

He’s also seen a lot of retirees who are taking part. Tetreault believes the increased interest comes from the instant gratification of being able to play with food to create a delicious, beautiful product.

The businesses moved to Plattsburgh Plaza in late 2004. Tetreault sold the party-supply business in November 2007 and opened a retail location for Global Sugar Art on the other side of the plaza the next month.

The business continued to grow, with the result it outgrew the space within six months. That prompted the move to the current location in Air Industrial Park.

The company has continued to grow even in tough economic times. Tetreault said things people can do at home tend to increase at those times.

“This was a pretty recession proof business,” he said.

Global Sugar Art no longer allows customers to come to the business to buy products for liability issues, Tetreault said.

The company now has 24 employees, up from just two when Tetreault started the business. That includes customer service, accounting, graphic design and warehouse workers.

“We have a really dedicated staff,” he said.

There is a full-time marketing and business-development department based on Wall Street in New York City. They visit Plattsburgh every two weeks.

According to the Global Sugar Art website, Tetreault began his cake-decorating career when he was 13 years old. He completed a Wilton Master Decorator two-week course the next year and was soon making wedding cakes every weekend.

Tetreault graduated from the Culinary Institute of America in 1979 and went on to work in hotels and restaurants.

Tetreault has judged at prestigious contests such as the NEC Cake Craft and Decoration Convention in Birmingham, England, and the Oklahoma State Sugar Art Show in Tulsa, Okla. He also teaches around the world as well.

“I do a great deal of travelling,” he said. “This year I will go to South Africa, Mexico and possibly Portugal.”

He said the company has really made a name for itself in 10 years. That’s evident by some of the product reviews on the website.

“Our name has a lot of power. It is recognized by a lot of people,” Tetreault said.

Town of Plattsburgh Supervisor Bernie Bassett said he’s pleased to hear a company in the town continues to grow.

“This is a great example of creating a global market locally,” he said.

It’s also good to see a company that has used the Internet and technology to increase sales, especially in the economic downturn, Bassett said.

“That’s the kind of success story we don’t hear enough about,” he said. 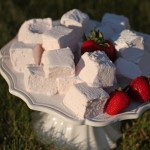 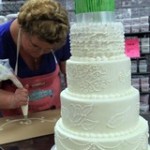 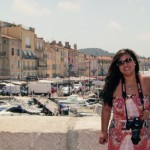